Since its establishment, BC is best known for its distinctive exemples of the regional architecture in the Arab World. It has designed hundreds of projects of  all types in Jordan and the region; mixed-use buildings, cultural monuments, administration buildings, healthcare facilities, educational institutions , residential & housing projects, heritage conservation & urban regeneration projects, landscape, and interior architecture.

Operating mainly in Jordan and the Arab World with almost 100 architects and engineers of all disciplines, and working with various clients of local and international origins, governmental and private entities - BC have designed projects in different contexts and environments; most importantly, in significant world heritage sites such as Petra, Um Al-Rassas, and Al-Salt.

BC has teamed up with internationally renowned architectural practices to combine their local knowhow and regional expertise with the international knowledge to execute projects that provide distinguished solutions for their local contexts, keeping the human beings in the center of their concepts.

Over its 60 years of operation, BC has rendered major planning and design projects which are now considered important landmarks in the region such as:

BC has proved its solid experience, and stated itself as “House of Experience” in the regional architectural arena of the Middle East and the Arab World through their award-wining projects designed over the past decades. 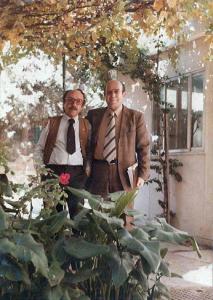