The project won the Jordanian Ministry of Public Works and Housing Award for Building Design Consultancy in 2013.

This project comprises two faculty and lecture hall complexes in the Hashemite University in Zarqa with total built up area of 34000 sq.m. Immediately when entering the University from its main student south gate, the visitor is drawn towards the 18,000 sq.m. southern lecture complex which houses the school of architecture, lecture halls, two lecture auditoriums, laboratories, studios, administrative offices and main auditorium with a capacity of 600 seats. 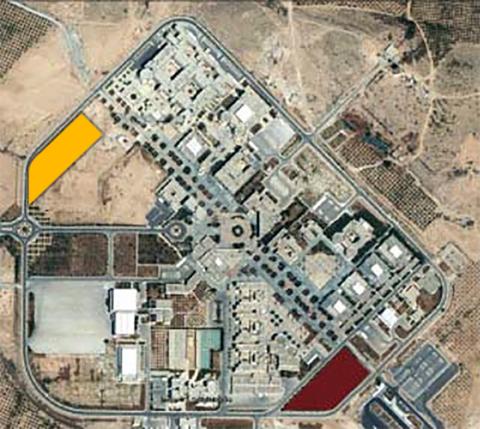 The northern complex is accessed from the opposite end of the university campus. This complex is around 16,000 sq.m. in area and houses the Queen Rania school of Tourism and Heritage in addition to lecture halls, two lecture auditoriums, 600-seat main auditorium, administrative offices.

The design was meant to introduce a new urban image to the whole university campus. It would suggest a rational contemporary design with local architectural references that could reflect the new educational age with local manifestations, and cope up with the increasing number of students enrolled in HU every year comfortably. The concept suggested a line up of three interconnected building masses responding to the threefold functional program giving each mass a distinctive function; the theatres, the lecture halls and the faculties, lined according to each level of privacy in terms of the distance from the main campus axis according to the number of responsive users.

The main entrance faces the main university axis while the three masses make angles between each other to create a three-sided courtyard like space that can house outdoor congregations and student activities almost all year round. 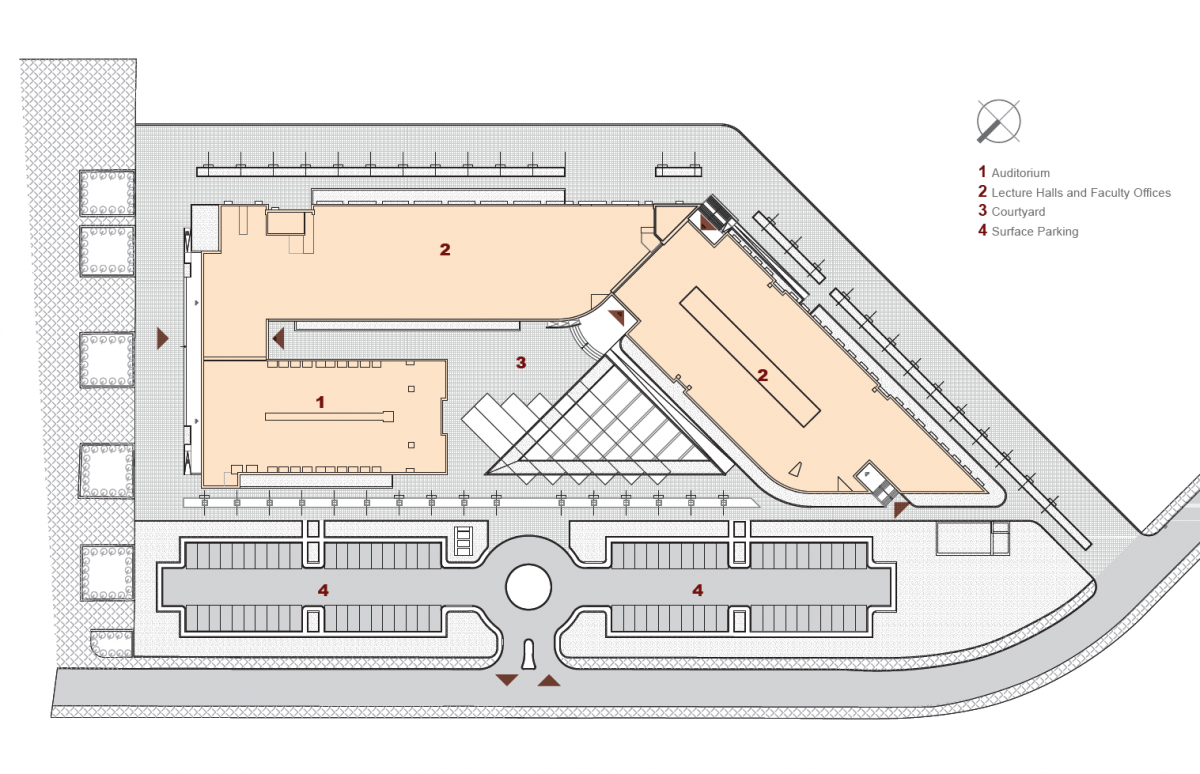 The architecture of the facades reflects the same strategy of contemporary thinking in addition to adapting forms to serve the advanced sustainability treatments for openings and create generic library of sun shading devices taking the differential geographic orientation for each elevation into consideration.

The new HU Faculties and Lecture Halls Complexes are widely considered at the forehead of the Hashemite University campus buildings and example of other buildings yet to come into existence. 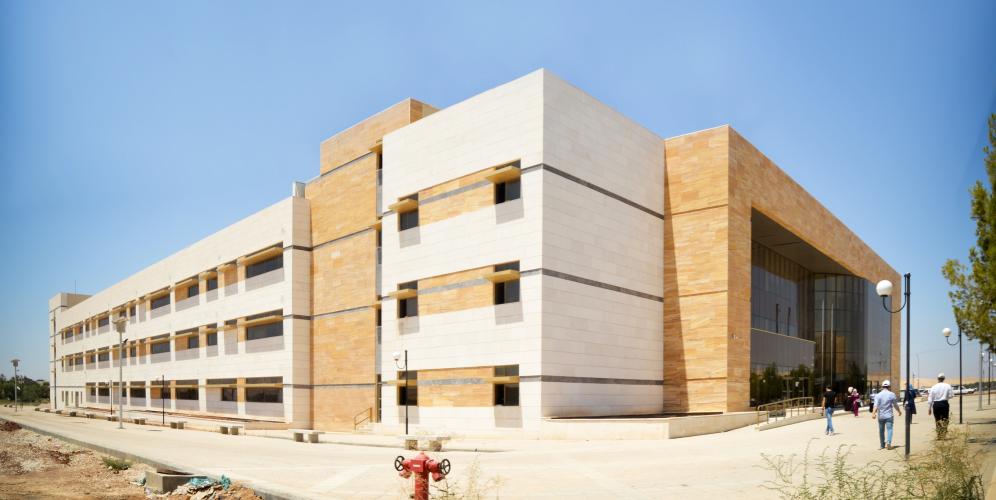 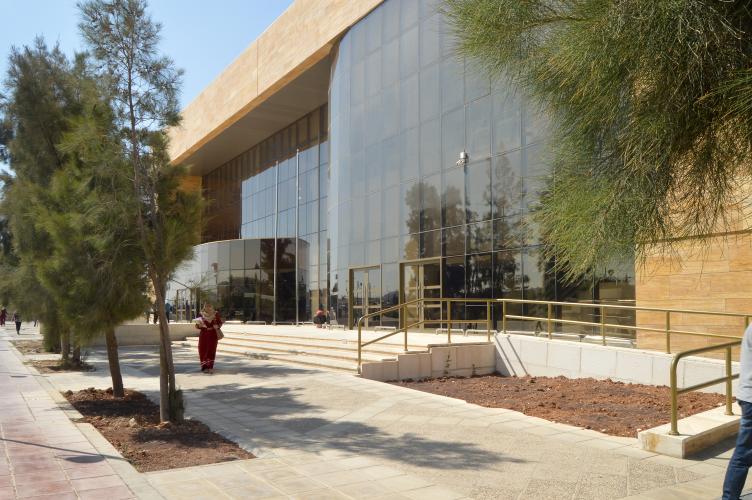 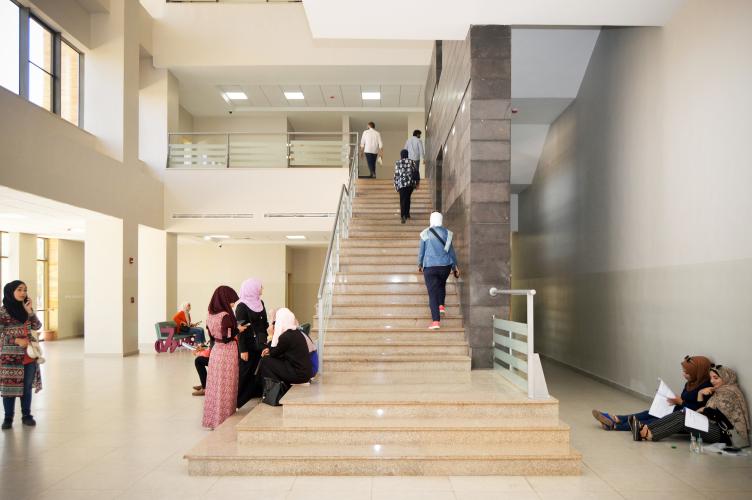 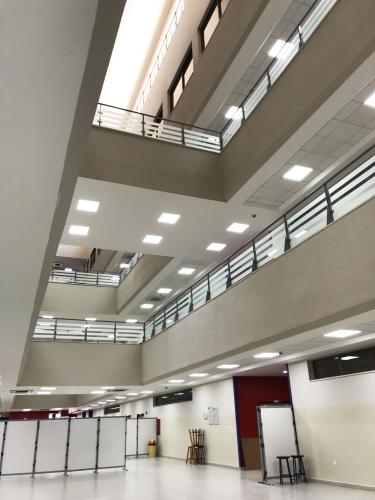 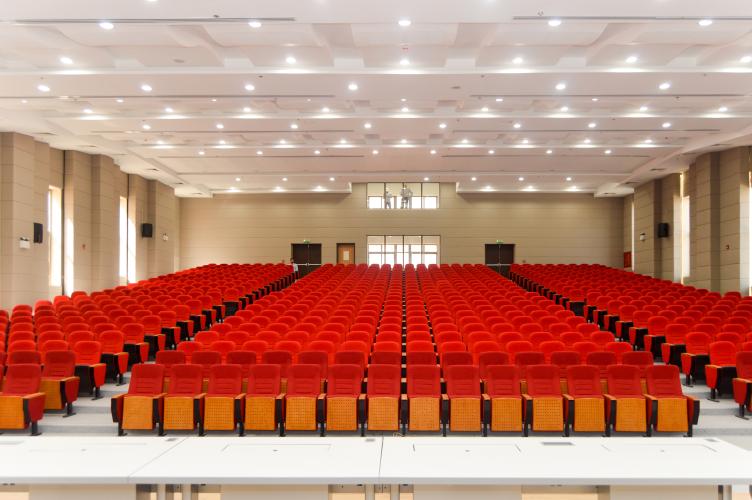 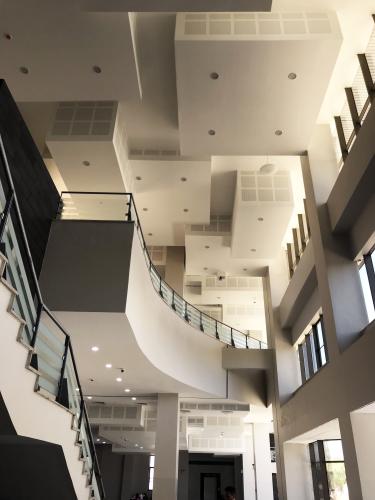 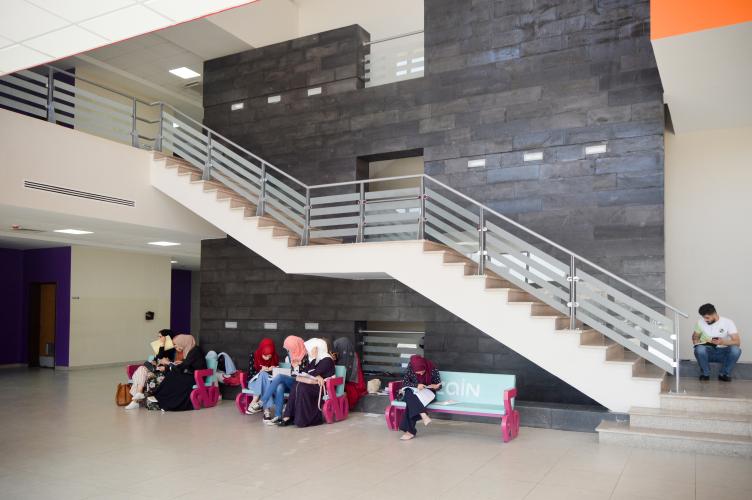 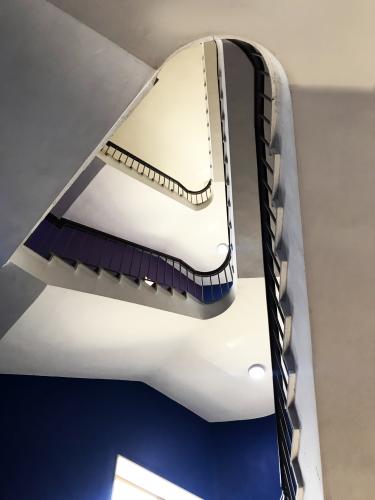 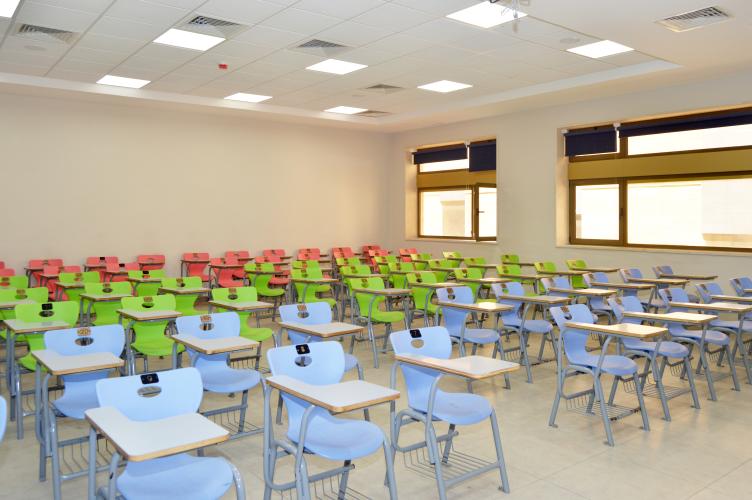 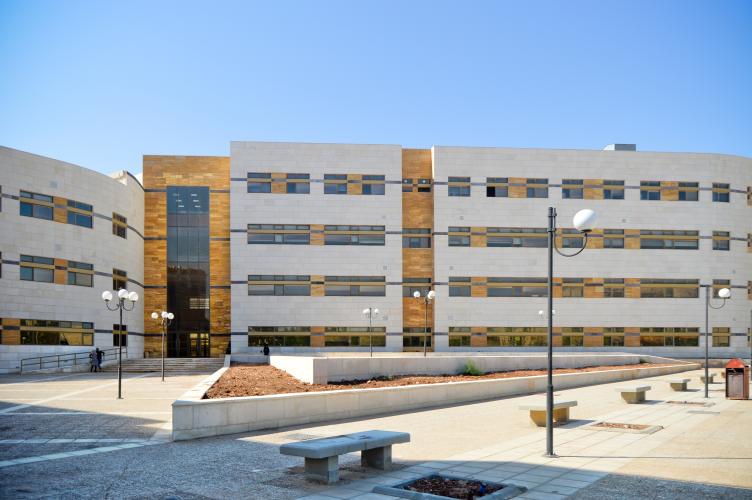 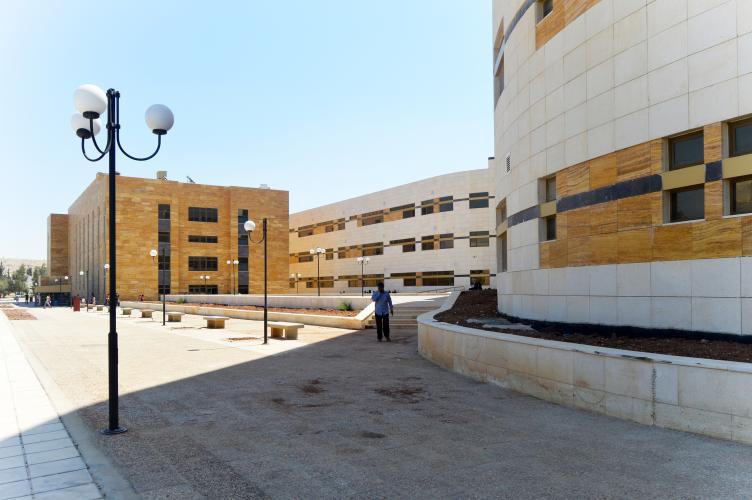 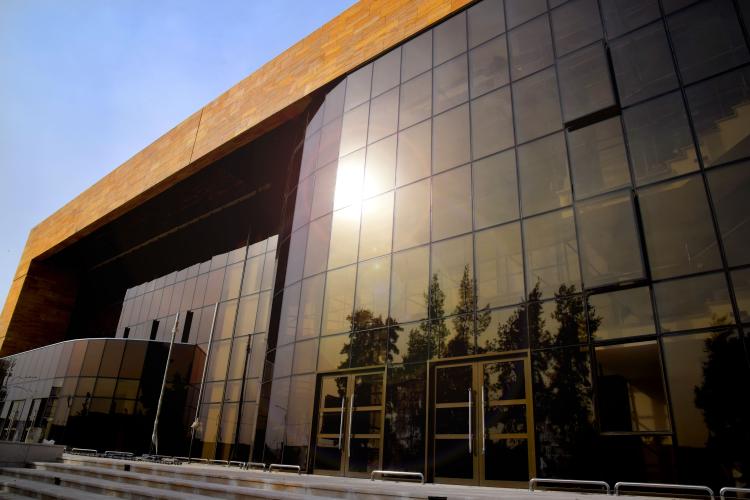 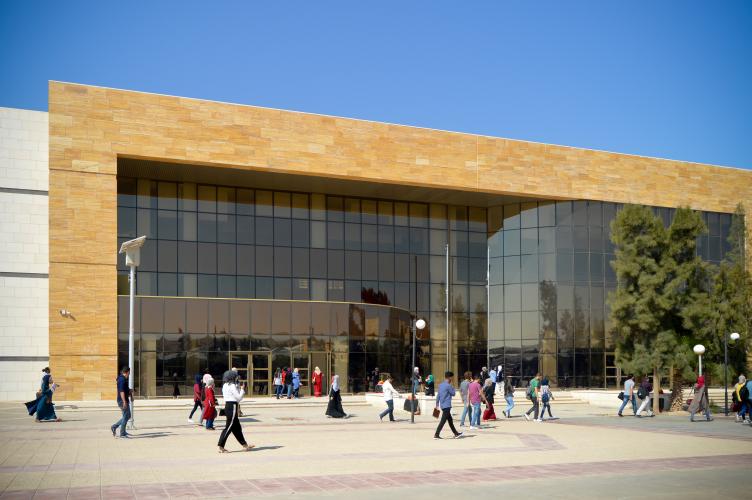 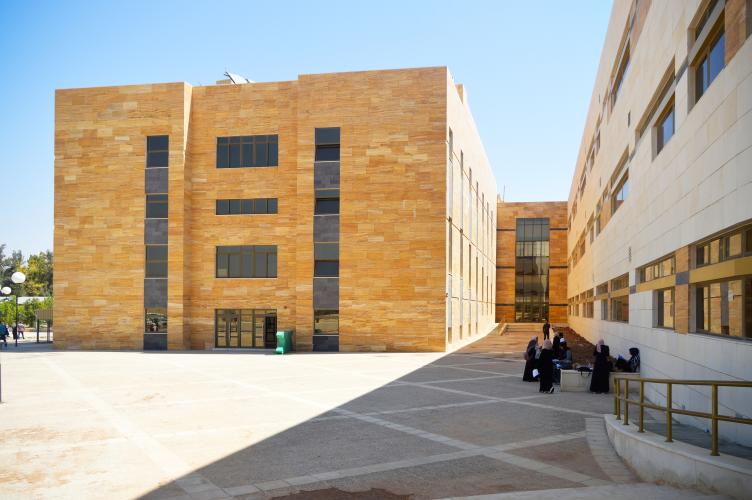 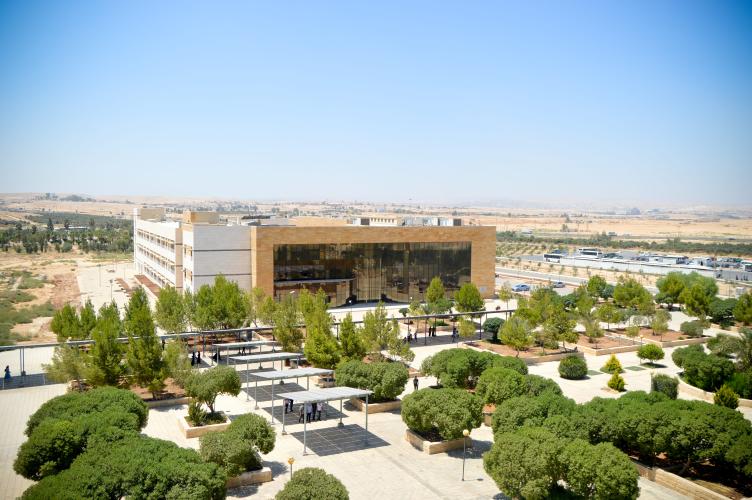