This is an incredibly small size project, but so sensitive one at the same time; since it included the design of public toilet units in four locations inside the World Heritage Site of Petra with a total built up area of 50 sq. m. each following very strict regulations. 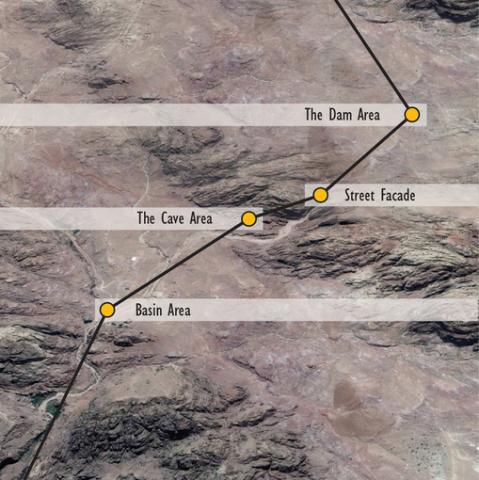 Each unit includes toilets for men, women and one toilet for the handicapped. The design responded to the regulations in terms of low impact to the context visually and environmentally, achieving reversibility, authenticity and high level of sustainability for use and maintenance.

The design followed organic curvy fluid lines resembling water flow through the ravines of Petra and contrasting with the straight lines of archaeological artifacts existing around. It used wood to the exterior finishing contrasting also with the texture and look of stone carved monuments of Petra. This made the design's authenticity as a modern construction un-missed when viewed within that heavily loaded historical context.

The design was revised by UNESCO experts to verify its consistence with the architectural, cultural and archaeological characteristics of Petra and keeping with the climate and environmental sensitivity of the site.

Two options were developed for the exterior finishing of units; local rubble cladding and 'natural meranti wood' panels cladding; the latter was chosen to be the best choice. As no electricity was allowed to be installed, natural lighting tubes were fixed in the ceilings. Water tanks were camouflaged within the background scenes and water efficient faucets were used. Underground modular collecting tanks were used to collect sewer water. Natural ventilation through small court openings and native plantations were among the environmental conscious actions taken to make the design more green and sustainable. 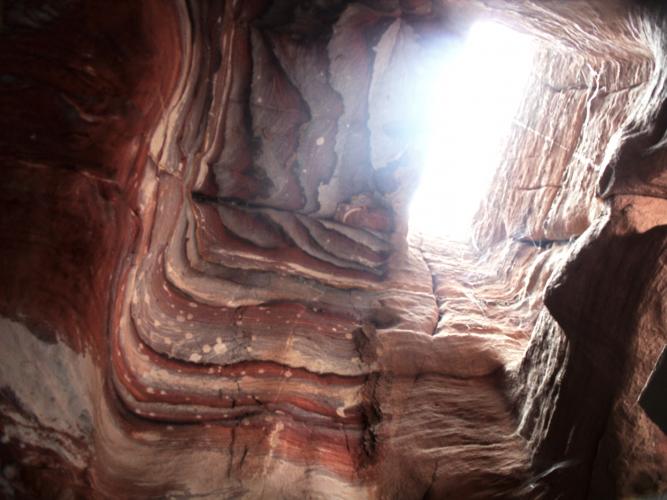 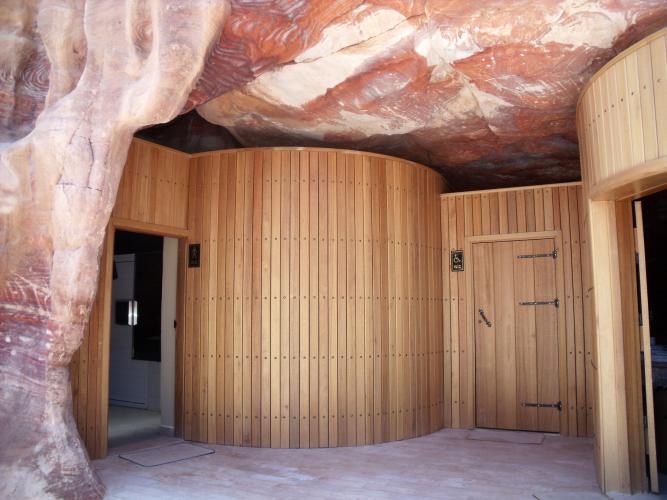 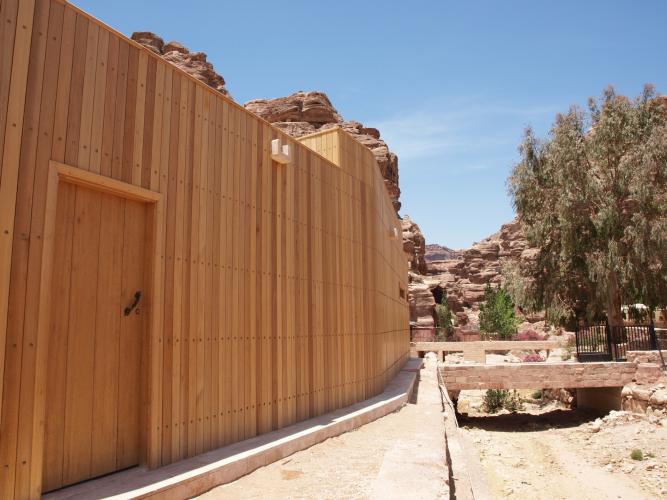 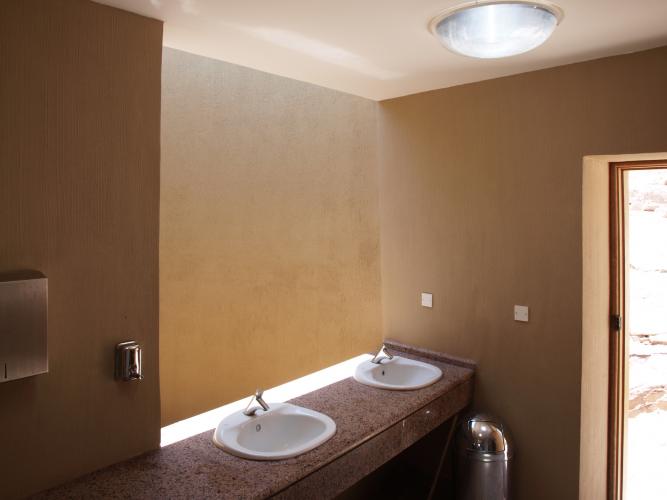 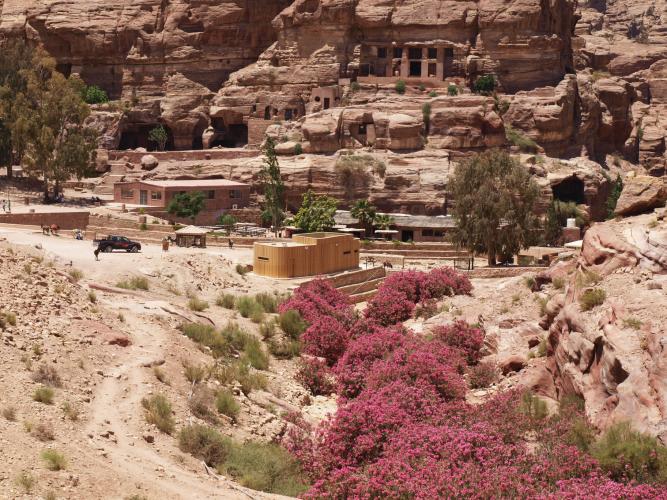 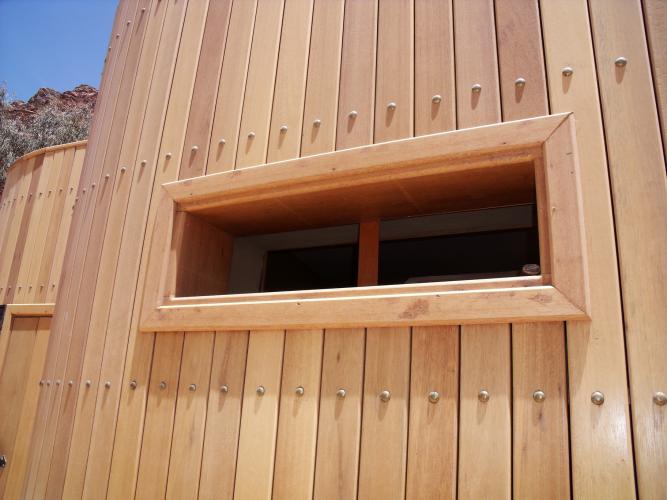 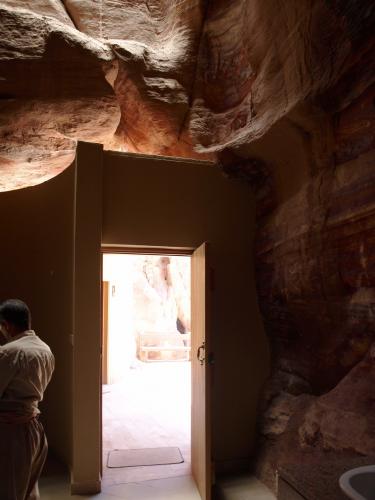 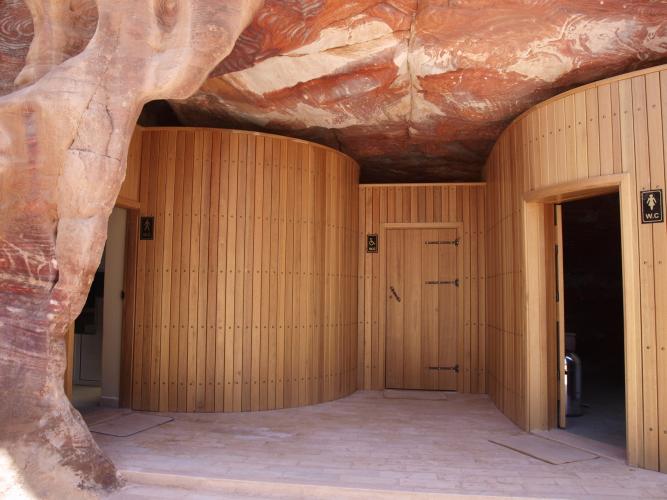